Intel has introduced the 7th generation of Intel Core processors, which may also be known under the code name Kaby Lake. Same as two  previous generations (fifth and the sixth) of the processors, Intel has built its 7th line on 14 nm process technology.  It was also mentioned that the transition to 10 nm will happen in 2017.

Quite a big part of the presentation was dedicated to the information about the Y and U series of the presented processors that were designed for mobile platforms. The appearance of the Y-series  is expected very soon, and that means that the new laptops and tablets with processors Kaby Lake certainly will be presented from all the major manufacturers. Desktop chips and processors of K-series should hit the market in early 2017.

Development of the processors Kaby Lake is based on the so-called “immersive Internet” concept. Within this concept, the future of computing exists around the video: the manufacturer expects even more 4K UHD-content and even 4K 360-degree video. That is why in the seventh generation of Intel Core processors the emphasis was made on the optimization of the video. 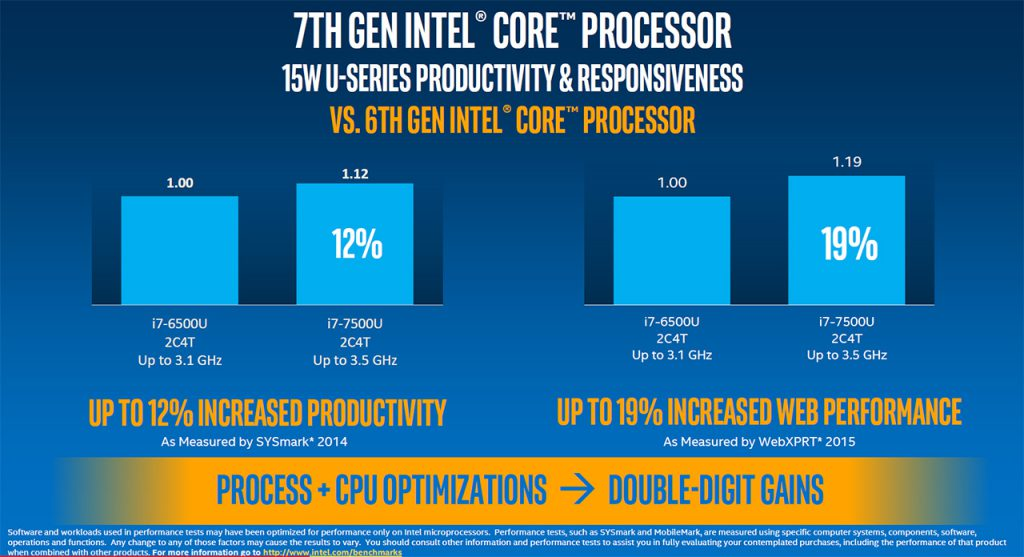 The new architecture includes a new media engine and a special video decoder that makes energy efficiency of new processors higher than that of the previous generation. Intel claims that the processors Kaby Lake battery life while 4K  video playback is 2.6 times longer compared to the Skylake chips. Also, users can easily render a number of 4K videos simultaneously and work or browse the internet at the same time. 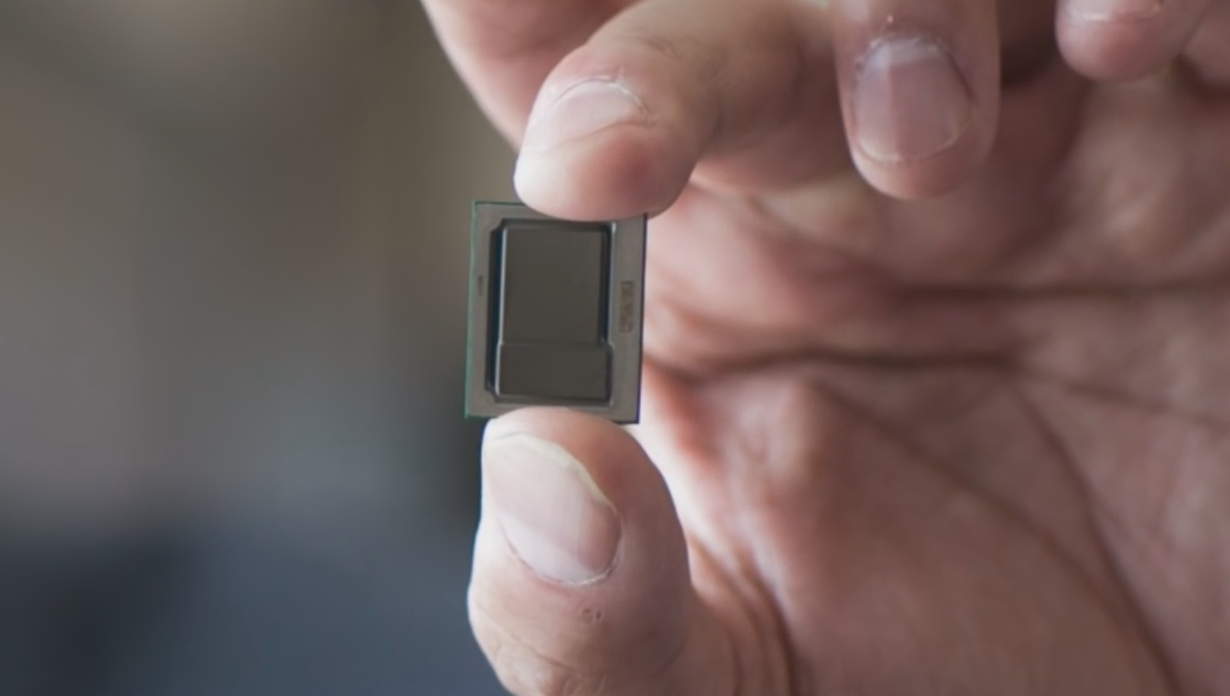 Intel offers 12% more performance and 19% higher speed when browsing with a new line of processors.  To grant this, manufacturer has improved the Speed Shift technology for dynamic control of the frequencies of processor cores. On the other hand, the company has improved the production process of processors, thereby making them much more effective.

In addition, Intel has improved processors design. This means that different devices like laptops, tablets, convertible computer will become more thin and light. So we can expect new lines of products from leading computer manufacturers in the nearest future.

Gamers will see a threefold improvement in graphics compared to a 5-year-old PC, meaning you can play popular games like Overwatch anytime and anywhere on a thin, light laptop. And with Thunderbolt 3 support coming to more devices, gamers can use a single cord to plug in an external graphics dock and 4K UHD monitors for top-line gaming performance.

According to http://ark.intel.com/ 7th generation processors will hit the market with fllowing prices:

Some Chrome tips that you probably did not know about